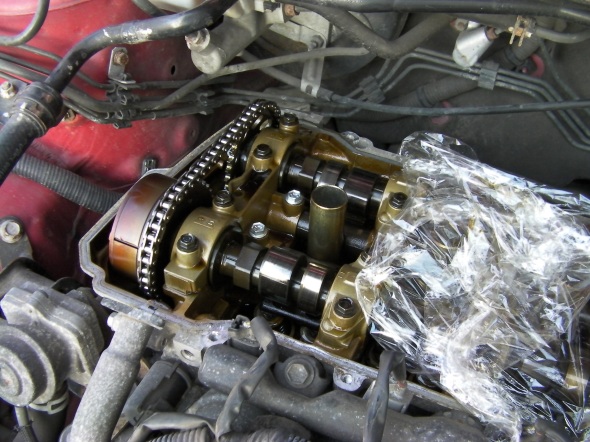 A bit of a diagnostics walk through today, my Dad’s car (Zafira A) sprouting some confusing problems…

First things first, if you own a Vauxhall and have an engine light on do yourself a favour and get a live data retriever like what you see above. Why pay more for a garage to scan the car once when you can have a £20 reader that will probably outlast the car.

So it all started with the exhaust system, the factory down pipe flexi had failed and was blowing a lot. Purchased a new down pipe and a new o2 sensor to save the hassle or removing the old one out of the original down pipe. Everything was replaced pretty easily though once the car was started we had two codes: P0170 and P0136…

This code was not too tricky, and since the middle silencer and muffler had only been replaced by a garage on the last MOT I was not expecting this at all. After a few minutes I found a hairline leak from the welded side seam off the middle silencer, so a very poorly made silencer right here ! Luckily I was able to seal this defect using VersaChem.

This one was a bit trickier, I got an open circuit issue now ? somehow ? First things first and that was check the sensor itself. The first thing you can do on the four wire o2 sensor is check continuity and resistance in the heater circuit, which are the two white wires off the sensor:

Set multi meter to “ohms resistance” and connect to the white wires at the four pin terminal connector, you should be able to get a confirmation beep and numbers around 04.5Ω.

Next you will check the voltage range of the sensor, this is typically 0.2 to o.8 volts as you apply heat to the sensor (best done with a blow torch).

Here I recorded a video to demonstrate how you go about doing this, you will go into “Volts DC” for the meter and connect up to the grey and black wires at the terminal this time. Apply heat to the end of the sensor and see if you get a steady voltage climb, as you can see this was not the case for me, so the sensor was faulty !

Since I researched how to check the harness I will also highlight on this:

Before you go any further make sure your vehicles ignition is off !

For the Zafira A / Astra G (Z16XE) the engine ECU is located on the right side of the cylinder head next to the battery, and you should see two rather large black connectors coming off it. You have the upper harness connection and the lower harness connection, you need to unlock the top connector (known as connector X72). You simply do this by easing out the plastic slider (no.48) and then the big metal hinge will unlock for you.

We need to create a circuit testing ohms resistance with the meter connected to the X72  and then right down to terminal 3 on the o2 sensor connector (wiring harness side). You need to use a fine needle probe to pin 62 on this plug, so just two along from 64 as you see on the diagram. To connect to terminal 3 you will obviously need longer wires, speaker cable is pretty ideal especially combined with block connectors (look at the you tube video above to see how I did my “DIY” leads).

Once connected you should get a low reading of around 0.3Ω and confirmation continuity beep.

A few final tests can be carried out at the 4 pin o2 sensor connector (harness side):

This sums up all the testing you can do, other things are if you have a live diagnostics reader go into the measuring blocks and see what kind of mV readings you are getting. The sensor should change every second, and on this bad sensor it was always stuck at 447mV or 453mV so definitely an issue. There is always the unlikely case your ECU is at fault, it is rare but it is known for them to fail since it’s effectively attached to the engine and experiencing a lifetime of noise, vibration and changing temperatures.

With the work carried out you would think that would be the end of it, but not in this case. A day after the car developed a bad misfire out of nowhere and we had codes:

It seemed very strange that this would happen, and I initially thought it might be linked to all the wiring tests I had been doing. It turned out the car battery was failing, only delivering 7volts when cranking which is not ideal for any car. The sealed Vauxhall battery was at least 10 years old so that was replaced, I swapped the spark plugs out for some spares and no joy, so it was onto the Coilpack:

Here is a good video for testing the coilpack, and after replacing the unit the car was all good again, finally fixed ! 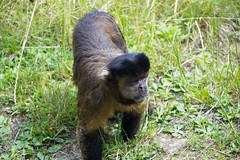 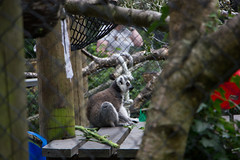 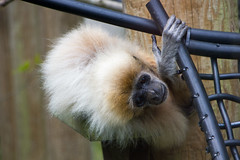